Breno Bittencourt is a top new talent rising in Rio de Janeiro’s jiu jitsu scene. This accomplished lightweight has been making a name for himself taking home some serious titles. 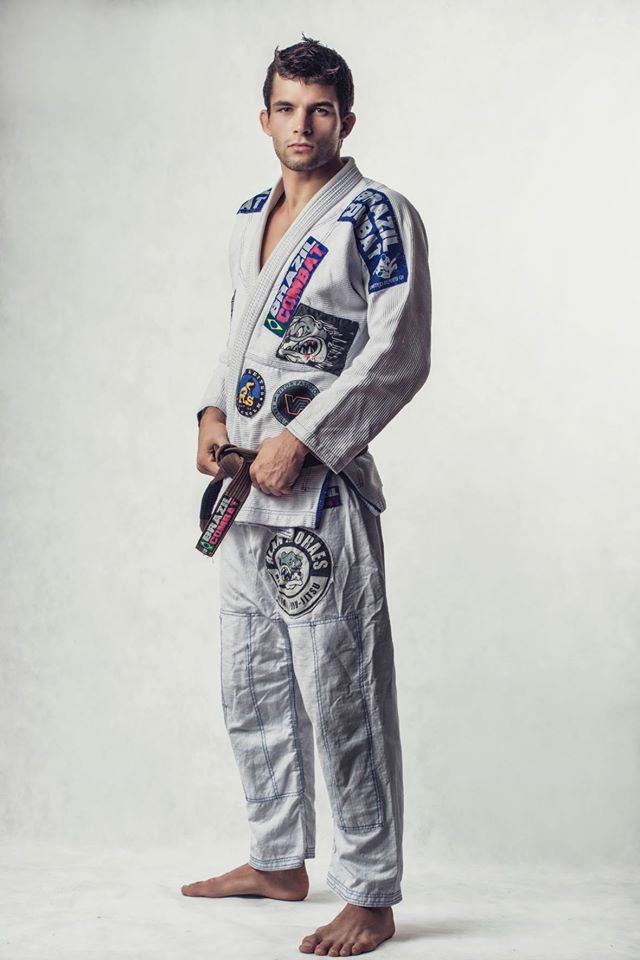 Breno, the Alan Moraes team star, has been training in this sport since the age 13 and hasn’t shown a sign of slowing down one bit. Watching his creative jiu jitsu style is a beautiful thing, using a unique guard game and a abundant amount of quick submissions.

We are very pleased and excited to bring you a short interview with this man.

1) What is your name, and how long have you been training?

B- I’m Breno Henrique Abreu Bittencourt and I train with team AMBJJ / Carlson Gracie Academy. I trained bjj since I was 13, but stopped for 4 years to work on a college education. I trained 5 year nonstop and 5 years competition too. My position at cbjj ranking is 21.

2) What made you start jiu jitsu and or what introduced you to the sport.

B- I lived on the mat since I born with my father but he was mma training, I choose jiujitsu by myself and he introduce me, It’s our family culture. But I started with 4 years of judo.

B- I wake up and eat açaí, train Crossfit or work out. I have a day i only workout, it depends on how my body fells. I train crossfit 3 times a week monday, tuesday, wenesday. Train bjj and train bjj again. But now I will change Crossfit to other bjj training sessions. Sleeping well eating well all day is my primary focus.

B- 2015 was good. I won many events including Brazil nationals gi and nogi, rio bjj pro, rio winter, rio fall, south American. But 2016 I will try out of brazil… probably pan and worlds.

5) What is your competition day routine?

B- Wake up… warm up… and go fight like every other day.

6) Who was your toughest match at the Brazilian Nationals in both no gi and gi division and why?

B- gi was with alef Brito from Maranhão… very hard and nice guy, and no gi was from Lucas Araujo, super nice guy as well and tough competitor.

7) Have sponsors played a role in your training and how do you maintain the jiu Jitsu lifestyle?

B- Brazilian Combat has helped me out. I hope to get more some support in the next year.

B- Both lol. Lower weight divisions you must train passing guard and heavy division train your sweeps, but you need to know both and develop both. Also learn to train your mistakes from previous tournaments.

9) What has been your toughest competition?

B- Every tournaments has good people to fight and lots of every competition athletes. It seems I face my hardest opponent as in the finals at every tournement.

10) Tell us about your thoughts on the controversial semi final match against Tanno at the Europeans?

B- I need to study the rules more. I had some confusion in thinking it was only an advantage, he is hard, but the mistake was mine, and faults make me nervous but he is hard and it was a great experience for me. I have learned from this experience and will correct it in the future.