1) what is your name, belt rank and how long have you been training ?

My name is Michael Sheehan, I’m a blue belt under Fernando Zulick and I’ve been training for about 3 and a half years.

2) what made you start jiu jitsu and or what introduced you to the sport.

My sister introduced me to martial arts when I was 15. She had been bugging me to try it for weeks and a few days before a group of people tried to jump me, so I decided to give Muay Thai a try. I was constantly getting into trouble with different people, because I wouldn’t let them talk down to me or try to bully me, so I figured getting some self defence experience would be helpful. I started jiujitsu about 6 months later after my first muay thai fight and at first I was super skeptical and didn’t really enjoy it too much. It wasn’t until my first tournament that I started really enjoying it and from my first tournament I just got more and more addicted. I kept training harder and harder and eventually I found myself at another gym that was more competition oriented and I have been there ever since. Now I train full time and teach private lessons whenever I can. 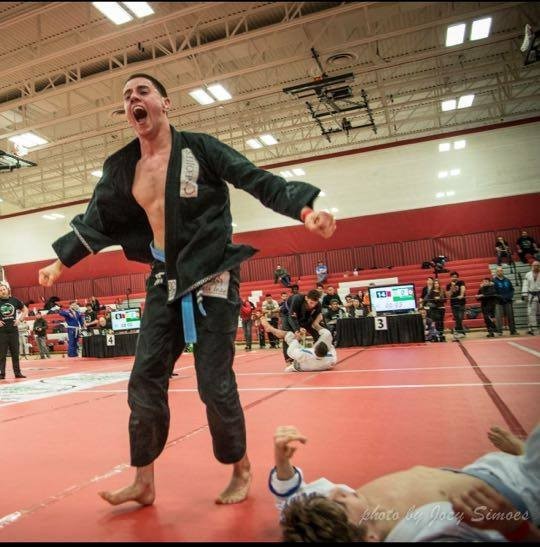 As far as meals go I have a couple of eggs and a big bowl of oatmeal every day with whatever toppings I feel like (Today was raisins walnuts and Greek yogurt) and then the rest of my meals change based on whether or not I’m meal prepping.

I usually train 2-3 times a day depending on if I have school or not. If I don’t have school I’ll do the noon and night classes as well as drill, teach, or get some extra rolling in. If I have school (Tuesday Thursday Friday) I drill for about an hour and a half in the morning before with Ever, lift in between classes and then go straight to the gym afterwards to do a little more drilling or rolling and the night class. I usually take Friday’s off and just drill or lift light, and Saturdays and Sunday’s I train at least once per day if I’m not at a tournament.

In 2015 I won the IBJJF NoGi Worlds, as well as the Toronto, Montreal, and New York Open. Non-IBJJF I won the Abu Dhabi Pro Trials in Toronto and a number of local tournaments between Ontario and Quebec.

5) what is your competition day routine?

I wake up and check my weight, and if I can I’ll drink some water and eat a banana, I’ll go to the venue and check my weight again on the test scale; again eating a banana and drinking water if I can. I like to watch a few matches and feel the environment before I compete so most times I won’t listen to any music. Besides that I just stretch out, visualize my matches and maybe drill a little bit while I wait for my matches to start.

I would just try to get them to understand that the first few months aren’t always fun! Maybe they’ll get beat up a lot at first but stick with it and results will come. Other than that I’d say pay attention to the details. Know your grips and hooks, and what you can do with them, as well as what your opponent can do with yours/their own. Pay attention to your breathing and your base, and know when it’s time to use either speed or pressure. Also, if you plan on competing learn the rules and the points system. I ref locally and it’s really helped me with competing as I know how many points I should be getting for whatever position I’ve reached.

7) have sponsors played a role in your training and how do you maintain the jiu Jitsu lifestyle?

Sponsors haven’t always made a difference for me in the sense of training. My professor has always helped me out with earning a membership helping out around the academy and training hard –  I was sent to the Worlds by my gym which really was the only way I could’ve gone, and the same for NoGi Worlds; A new sponsor of mine paid for my flight and really helped me out. Most of the titles I have including NoGi Worlds wouldn’t have come without the help of my gym or my most recent sponsor, Under The Gi Apparel. They’re an all Canadian company that makes gear like spats and rashguards, they mainly make apparel for girls to help build comfortability in this almost all male sport. They’re really awesome people and they love the sport just as much as everyone else. My gym has helped me so much throughout my career thus far and even before I was a part of the gym, Fernando would let me volunteer in exchange for competing, otherwise I wouldn’t have competed anywhere close to as often as I have been able to thanks to the support of my gym.

As far as the jiujitsu lifestyle goes when I decided to try college again I knew I would have to train harder and organize my time better, so I added a few more sessions in the morning and weekends. If I’m being honest I might skip a few classes to train as well haha… I don’t make much money, but I try to just keep training hard and let the money come later on. I want to live my life satisfied every night with how I’ve spent my time, and I don’t want to be tied down by a crappy 9-5 job that I hate. Jiujitsu is my passion and I want to make my living off of it. Obviously it’s not easy but I’m lucky to receive support from a few different people. 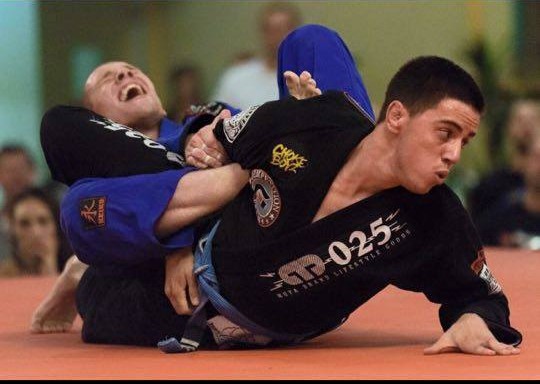 I incorporate both when I have spare time but I’ll usually drill first. For example today I drilled with Ever for an hour and a half before school and after lifting and classes I came back to the gym and we rolled for about an hour and a half more before the advanced training started. I love to drill to get, especially passing, into muscle memory. It also works out whatever kinks I might’ve had in the technique as me and my drilling partner find more details about it. I really like to roll, but I love the feeling of hitting a drill in a roll or competition.

9) what has been your toughest competition?

I would say New York Spring was my toughest tournament. I have had harder fights than some of the ones I had there but I had a bit of trouble making featherweight, especially in Nogi after winning 6 matches for gold in the gi. My performance in the nogi portion reflected my weight cut issues, I won 3 matches off of advantages and a bit of points, besides one triangle I caught in the first round. In the final I was really banged up from the weight cut and the 10 fights I had already had, and fought a sloppy fight before getting caught with an armbar. I had 11 fights total and I was really disappointed for being 1 fight away from being undefeated at featherweight in New York. Between the two bad weight cutting experiences of New York and gi Worlds a few weeks later I decided to bulk up and let my body grow into lightweight, where I feel much better.

10) do you do anything outside of jiu jitsu to help your game such as weight training or yoga?

I lift weights often, I do 3 days a week of alternating between lower and upper body, as well as some post-jiujitsu deadlifts, pull ups, or snatches on the other days. I also do core on days I don’t lift. I’ve never tried yoga but it’s definitely something I want to try… I just don’t want to miss training for yoga haha.

I see myself with a longer list of accomplishments within jiujitsu and I see myself teaching jiujitsu as my profession. Until then I’m just going to keep working towards it! I want to win Euros Pans and Worlds in the gi and I want to go back to Abu Dhabi 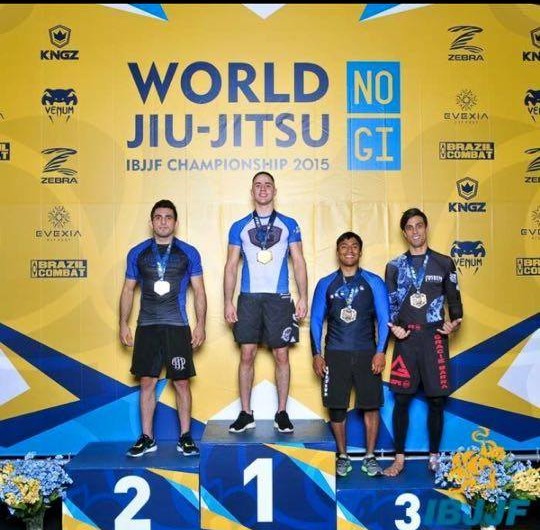